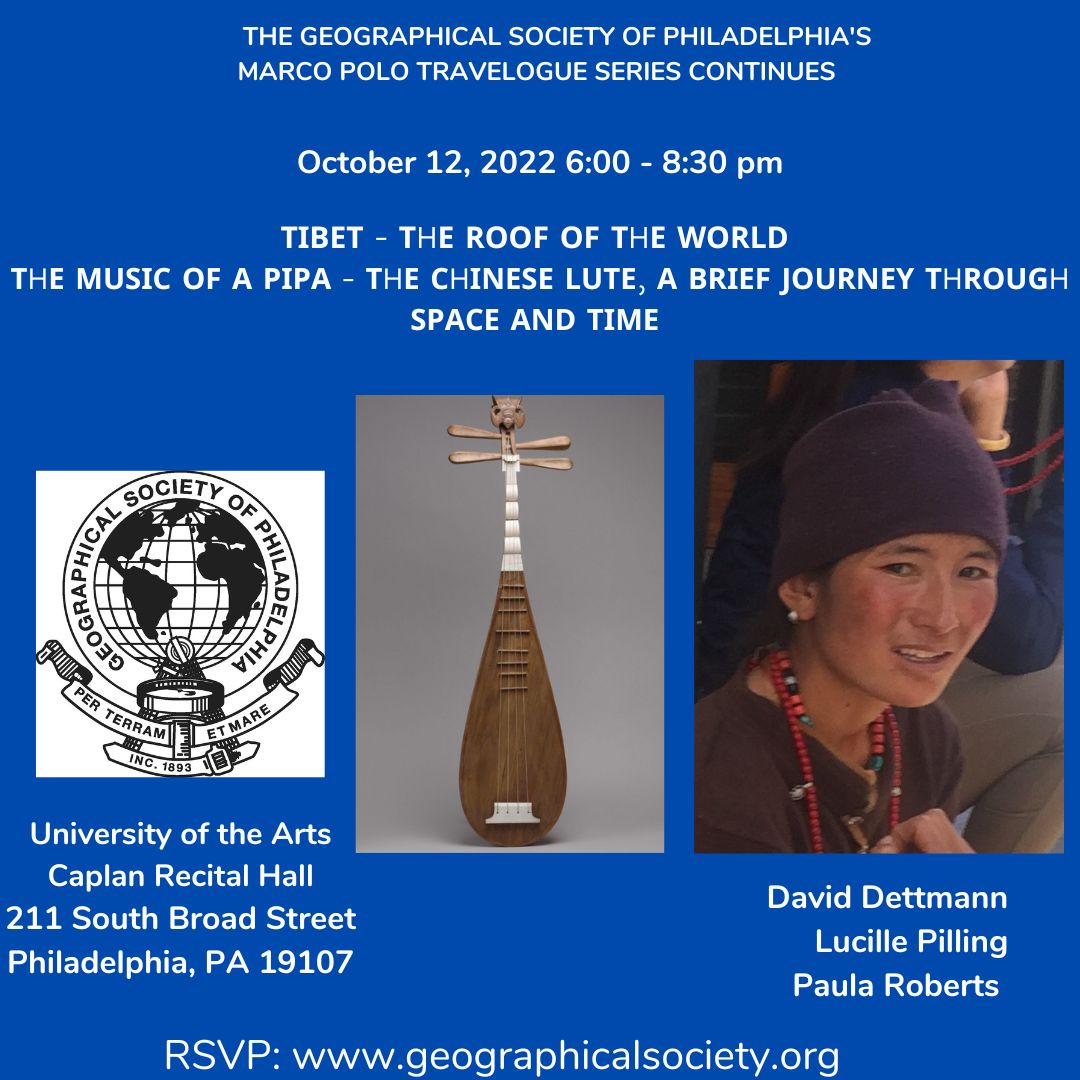 Travel to the Roof of the World with the Music of Pipa, as part of the Geographical Society of Philadelphia’s Marco Polo travelogue series, on the 17th floor of the University of the Arts Caplan Recital Hall.

The presentation will feature experts in East-Asian studies and passionate travel enthusiasts, David Dettmann, Dr. Lucille Pilling, and Paula Roberts. Tibetan culture and the Buddhist Shoton Festival will be blended with Pipa, the music of this Chinese lute.

In August-September 2019 Lucille Pilling and Paula Roberts were part of a small group
that traveled to Tibet to experience the Buddhist Shoton Festival in Lhasa. Buddhist pilgrims come here from all over Tibet each summer to pay their respects to a giant hillside thangka (religious painting). They stay on to enjoy a performance of Tibetan opera in the garden of the summer palace, Norbulingka, and watch horseback racing and pageantry.
The group explored the old city of Lhasa (which Paula could compare with her 2009
trip), visited Tibetan Buddhist monasteries and a convent, and crossed the vast Tibetan Plateau on an overnight train. In Yunnan, they visited the ancient towns of Lijiang and Dali, met members of the Bai, Yi, and Naxi ethnic groups, picked tea at a mountain plantation, took cooking lessons in a local home, and investigated indigenous fiber art traditions including colorful tribal clothing.

Paula Roberts Paula Roberts has had careers in publishing and university administration. She was until 2015 Associate Director of the University of Pennsylvania’s Center for East Asian Studies, which she helped establish in 1996. She developed East Asia-focused outreach programs, such as high
school summer camps in Chinese, Japanese, and Korean languages, seminars for regional
teachers, and study tours abroad for educators. She planned and co-led several study tours of Japan and traveled to China and Korea to plan other programs. For that purpose, she traveled to Tibet in 2007, a visit that offers a basis of comparison for her second visit, in 2019. She is now Associate Editor for an online academic publication series on China.
Paula has been a committed world traveler from her first trip abroad, on a gap year traveling around Europe and North Africa, in 1972-73. She became fascinated with East Asia on her first visit to Japan, in 1985, and has returned often.

Lucille Pilling is an inveterate traveler. “Give me a ticket and I will travel anywhere!”

Pilling’s passion is access to health care, particularly for women. She has over 30 years of global public health experience managing complex, multi-organizational initiatives. Pilling was vice president of International Programs at Planned Parenthood Federation of America, senior program officer for a Bill & Melinda Gates initiative, and provided short-term technical assistance around the world. Dr. Pilling taught at Thomas Jefferson University School of Population Health and the University of Pennsylvania School of Nursing. She volunteers at Planned Parenthood Southeastern PA, Christ Church, and UPenn Hospice.  Pilling graduated from the University of Pennsylvania with a BS in nursing and from Columbia University with an MPH and EdD.

“A brief journey through space and time with the music of the pipa”
David Dettmann is the Associate Director of the Center for East Asian Studies at the University of Pennsylvania. There he conducts educational outreach programming about East and Inner Asia (i.e. China, Mongolia, Turkic Central Asia). His interest began with a study abroad trip to China in the mid-1990s, when and where he also began studying the Chinese lute “pipa”. Early experiences traveling around China’s Uyghur regions inspired David to focus on Turkic Languages and Literature for his Master’s degree (UW-Madison). Since then, he has been studying and teaching about the diverse cultures of China’s Northwestern borderlands and is regularly involved with student programming in China and Mongolia. He also writes about foods and cooking of these regions with specialized ingredients from Philadelphia Asian Markets at his blog Asian Markets of Philadelphia asianmarketsphilly.com

The Geographical Society of Philadelphia is one of Philadelphia’s oldest organizations, established in 1891, dedicated to promoting the discovery and appreciation of the world, presenting enlightening programs on travel, geography, science, and exploration offering an opportunity for cultural exchange. 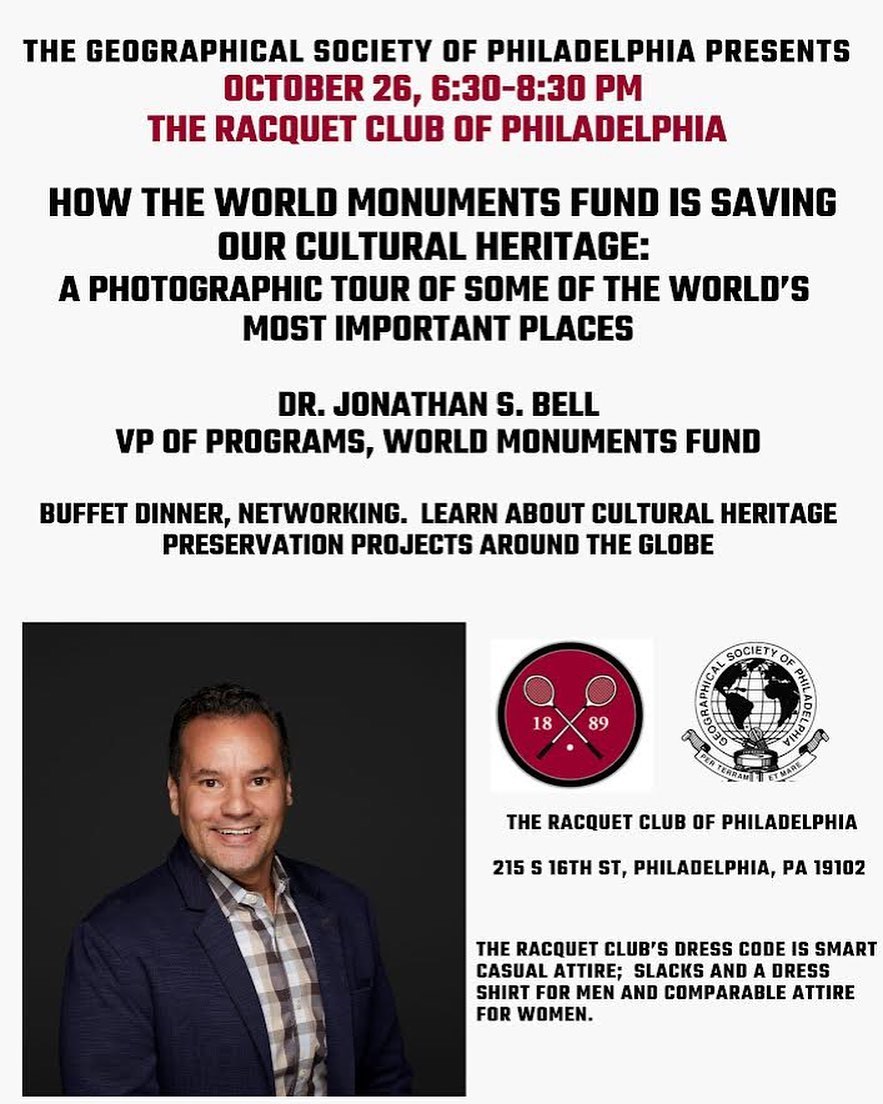 geosocietyphila
•
Follow
Learn more, in-person, on October 26th with @stanhope_jb Dr. Jonathan Bell @worldmonumentsfund For over half a century, #worldmonumentsfund has led the way in conserving the world's irreplaceable treasures — architectural and cultural sites that span the history of human civilization. On the #worldarchitectureday Day, we highlight some ingenious architectural works that have shaped history and how societies evolved over time. Wat Chai, Thailand: Identified by cultural historians as the structure most emblematic of Buddhism’s influence on Thai society, the Buddhist temple of Wat Chaiwatthanaram was commissioned in 1630 by King Prasat Thong. Ontario Place, Canada: The 1971 park built on Lake Ontario artificial islands gave Toronto’s citizens the opportunity to experience the city’s waterfront like they never had before. Designed by architects Eberhard Zeidler and Michael Hough. Jerónimos Monastery, Portugal: The sixteenth-century monastery, which was built under the reign of King Manuel I, is an architectural masterpiece and an important example of Manueline, or Portuguese Late Gothic architecture. Tomb of Jahangir, Pakistan: Built after the Mughal emperor’s death in 1627, the tomb is part of the large collection of Mughal-era monuments that survive in Lahore, which is frequently praised as the cultural capital of Pakistan. Land of the Batammariba in Koutammakou, Benin and Togo: The Batammariba name means “those who are the real architects of earth,” pointing to the foundational place of earthen construction traditions for Batammariba society and culture. Explore and hear about these sites: the link in our bio. #geosocietyphila #culturalheritage #worldmonuments #heritagepreservation #WorldArchitectureDay
View on Instagram |
2/9 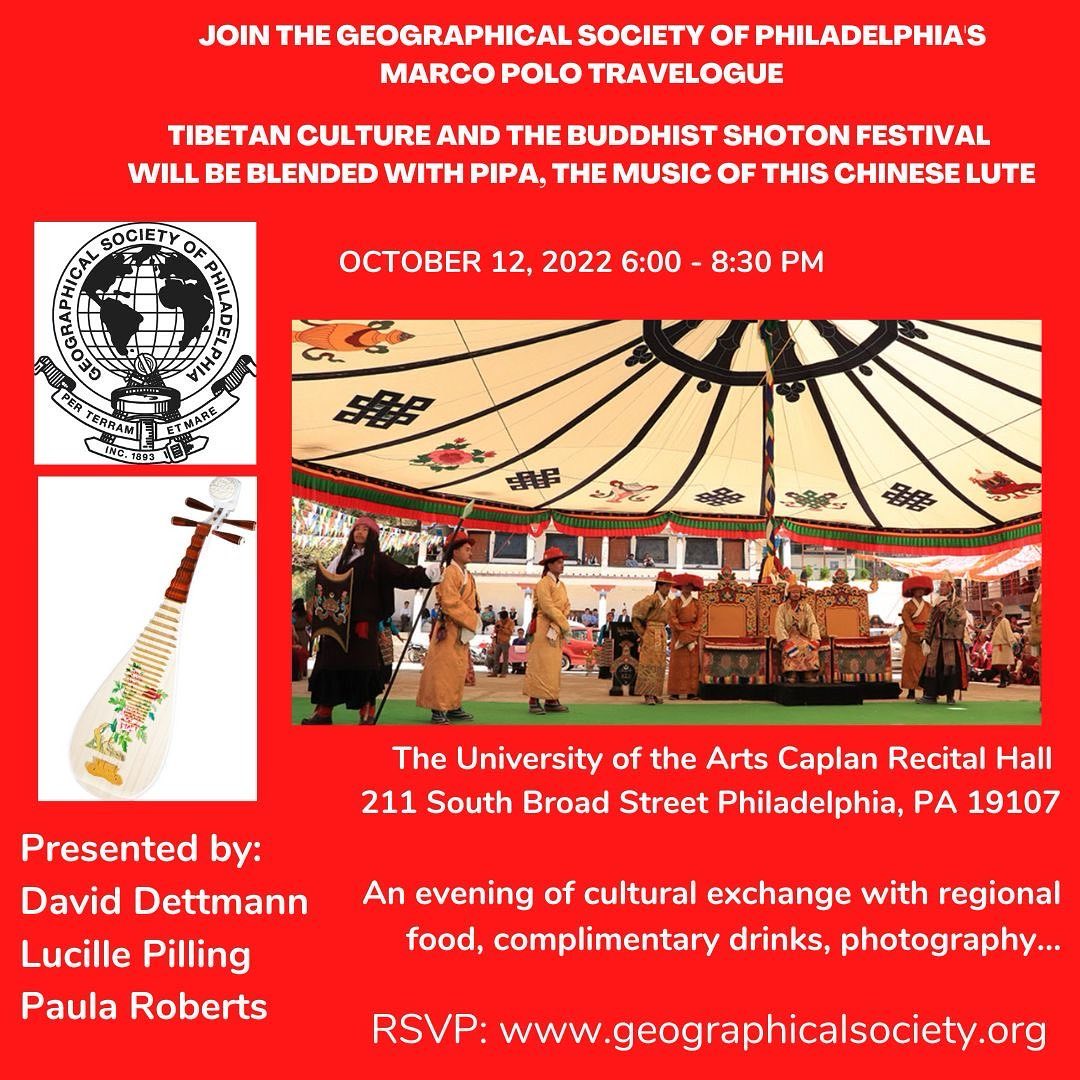 geosocietyphila
•
Follow
Curious about Tibetan #Buddhist #Shoton festivals? Are you familiar with the tune of a Chinese #lute? Join us for an evening of true #culturalexchange and learn about the how certain minority tunes ended up becoming part of the national repertoire in pipa performance in China. Travel through time and space as we listen to music and see photos from the roof of the world, Tibet! #cultures #photography #uarts #china #broadstreet #music #historyofmusic #geosocietyphila
View on Instagram |
4/9 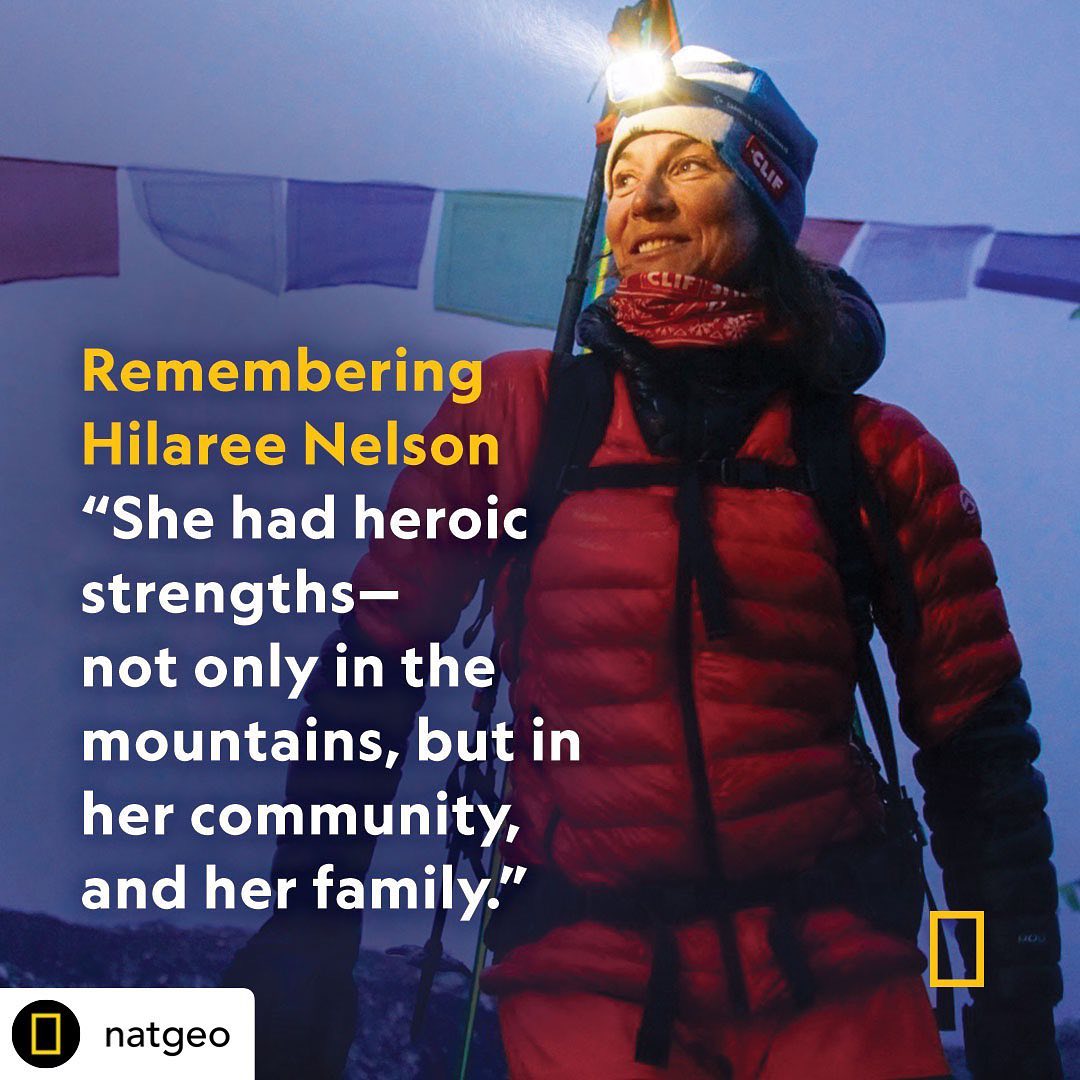 geosocietyphila
•
Follow
@natgeo We are deeply saddened by the passing of @hilareenelson Hilaree Nelson was one of the most prolific ski mountaineers in the world, a National Geographic Explorer and recipient of the 2018 National Geographic Adventurer of the Year award. Playing it safe, Hilaree Nelson once said, was never her thing. For more than two decades, the climber and onetime Nat Geo Adventurer of the Year was one of the most prolific ski mountaineers of her generation. On Monday, she summited the eighth-highest mountain in the world in the latest of her more than 40 expeditions. Photograph by Dutch Simpson, The North Face @natgeotravel @natgeoadventure
View on Instagram |
6/9 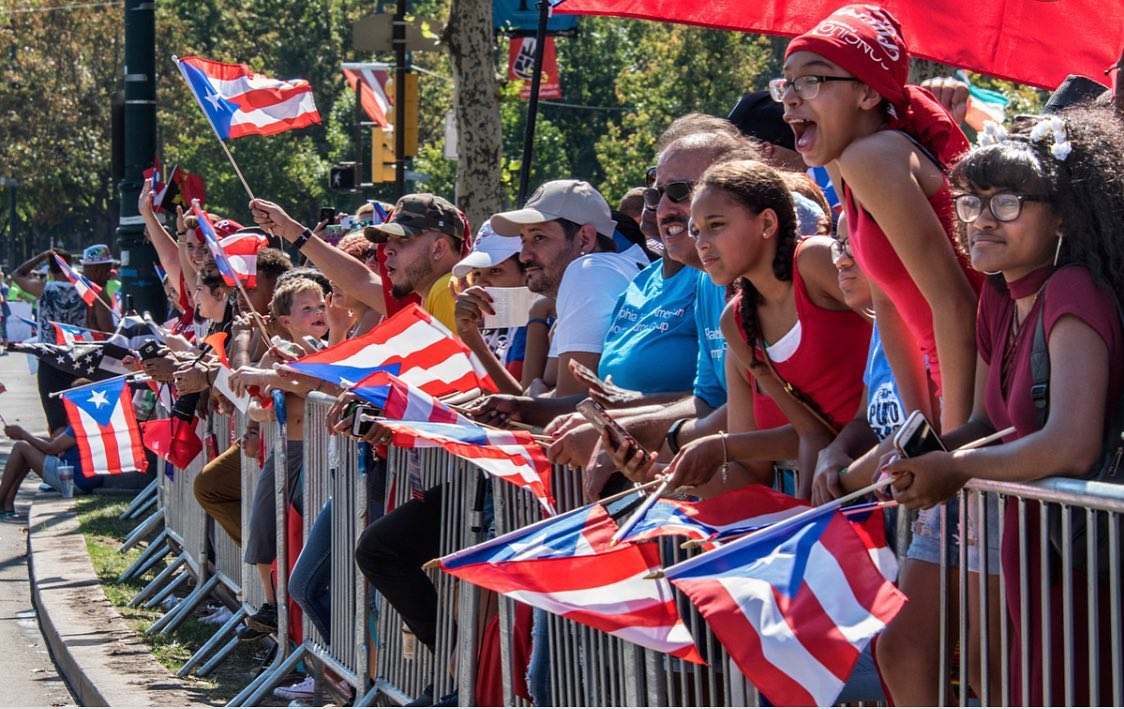 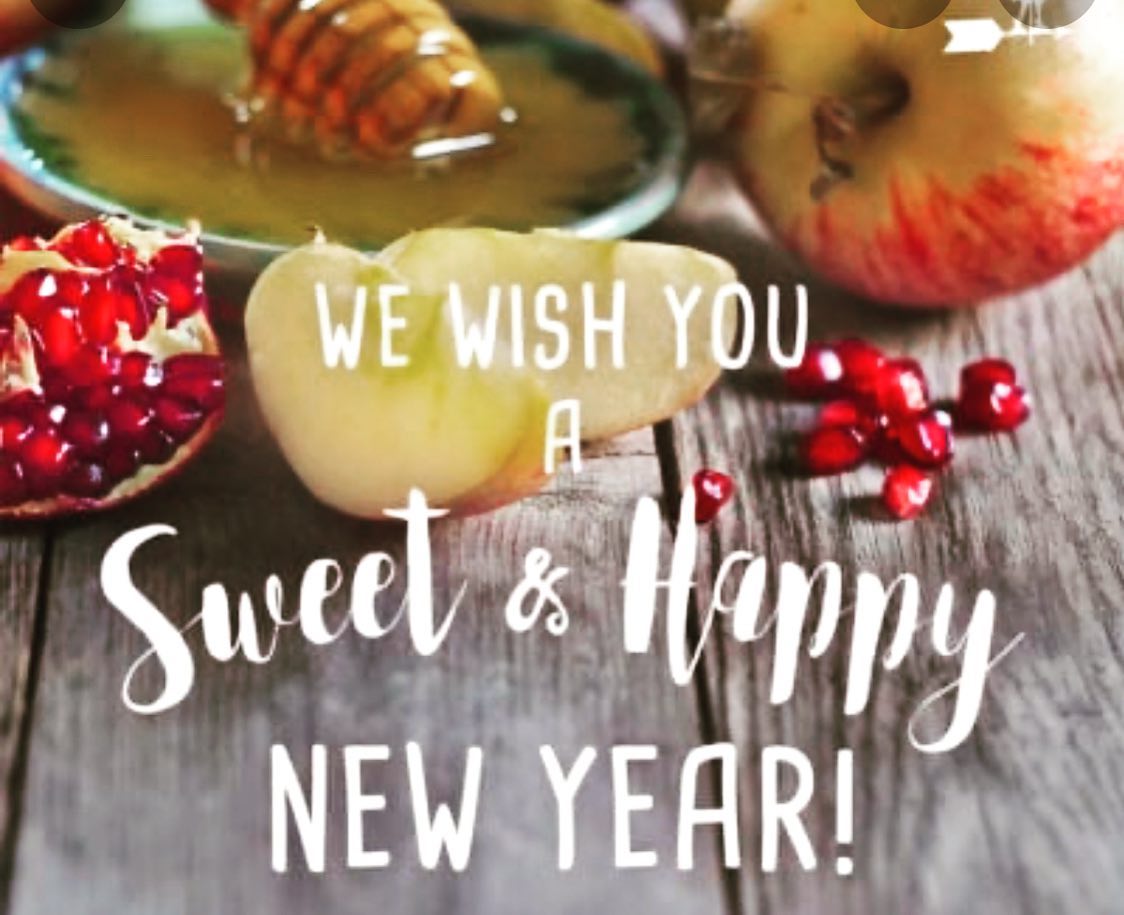 geosocietyphila
•
Follow
Wish everyone celebrating Rosh Hashanah, l'shana tova! May you be inscribed in the Book of Life for a blessed year!
View on Instagram |
8/9

geosocietyphila
•
Follow
Join us on October 12, 2022 at the University of the Arts' Caplan Hall presenting Tibet, Buddhist Festivals, and the Music of Pipa - the Chinese Lute. On October 26th at the Racquet Club Dr. Jonathan Bell with the World Monuments Fund, will present rare photography of preserved sites around the world. On November 10, we will get together with friends at Jezabel's to celebrate the season. Tickets: https://geographicalsocietyofphiladelphia.ticketleap.com/ https://www.geographicalsociety.org/ @jezabels.phl @racquetclubofphiladelphia @universityofthearts #preservation #travel #travelphotography #exploration
View on Instagram |
9/9
View on Instagram
Copyright 2022 Geographical Society of Philadelphia