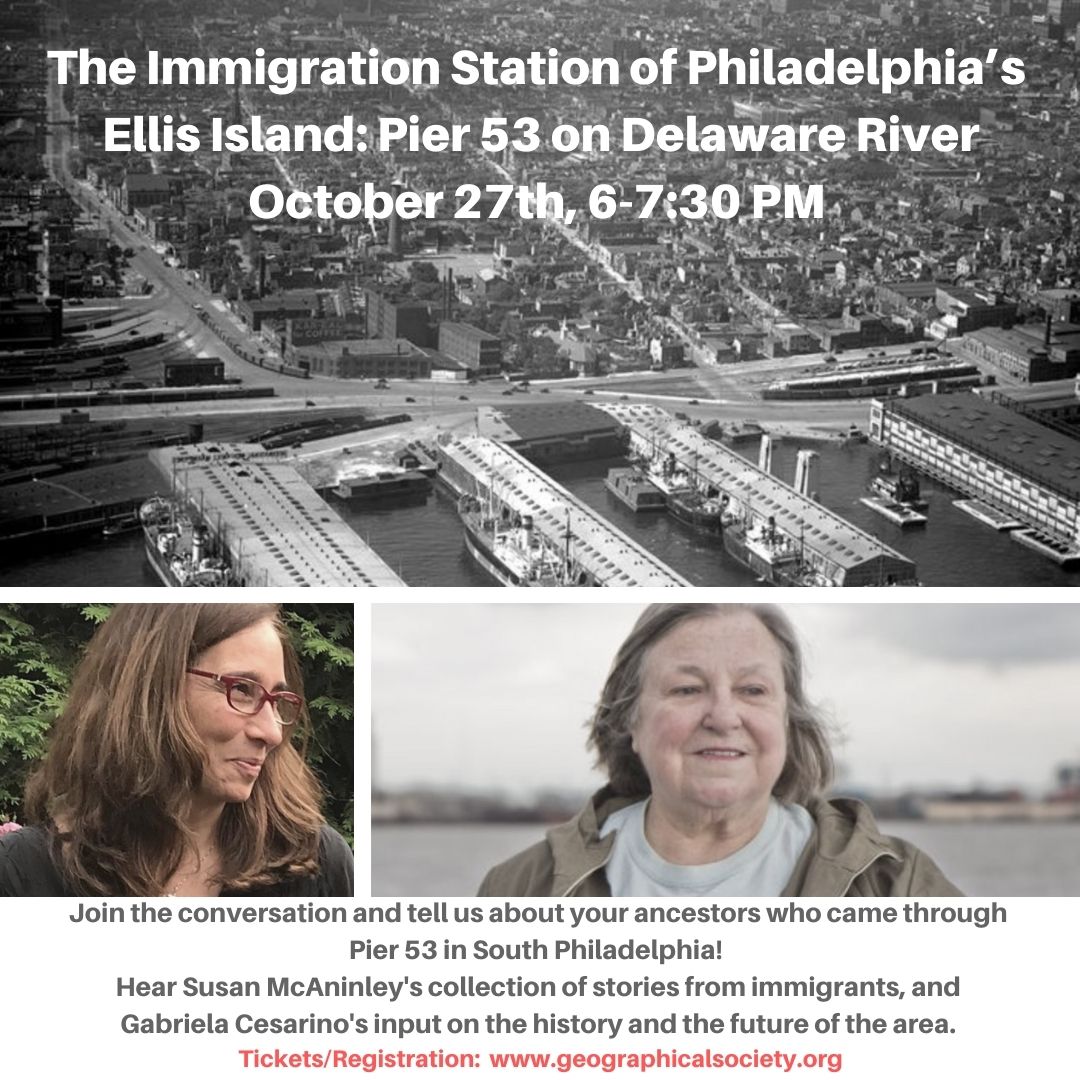 Hear the story of the immigrants who came to Pier 53 also known today as Washington Avenue Green, a public park by the Delaware River. The pier stands since 1873 when the Washington Avenue Immigration Station began its operations.

It was in 1873 that the Washington Avenue Immigration Station began its operations. Arriving immigrants first disembarked at Lazaretto Station at Essington for health inspection, then continued up the Delaware River by ship for another eight miles to Pier 53 in South Philadelphia, the final entry point.

Join Susan McAninley, our board member Gabriela Cesarino, and descendants of Philly immigrants share their perspectives, their journey.