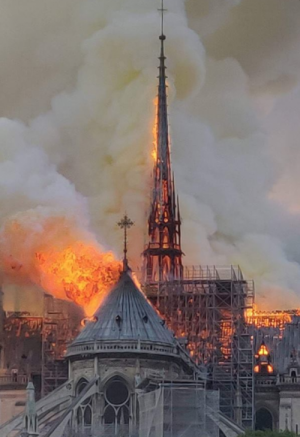 DOES A PLACE DIE?

GEO Presents a Panel of Experts on Preservation/Restoration

‘What happens when places you visit and cherish no longer exist?’

A panel of experts from all over the world, followed by a reception and live jazz!

Co-sponsored by the Geographical Society of Philadelphia and the Historic Gloria Dei Preservation Corporation, join us for a program that will take place in the church sanctuary. An evening at the oldest church of PA Gloria Dei (Old Swedes’), a  panel of experts who preserve and document historic sites around the world will share their insight and pictures, followed by a reception in Riverside Hall with live piano music provided by The Jazz Sanctuary.

September 2018, a devastating inferno blazed through Brazil’s National Museum, destroying the 200-year-old building and reducing the majority of its more than 20-million artifact collection to ashes.

A massive blaze broke out at the Notre Dame Cathedral, an iconic landmark in the French capital of Paris.

Palmyra named a UNESCO World Heritage Site in 1980 remains a key historical and cultural treasure. The Syrian government retook the area in March 2016. The ancient site has survived multiple wars and strife.

Gloria Dei, the oldest church in Pennsylvania and the second oldest Swedish church in the United States is also the burial site of many artists, explorers, and the founding fathers.

An international museum professional and heritage preservation scholar, Cooper has spent more than two decades protecting, transforming and promoting cultural sites and institutions around the world. Cooper studied engineering at the University of Manchester and architectural conservation at Edinburgh College of Art. He was awarded a UNESCO scholarship to study stone conservation in Venice and later returned to Edinburgh to complete his doctoral research on Scottish history.

Cooper joined the Academy after four years as VP of collections, knowledge and engagement at the Royal British Columbia Museum in Victoria, Canada. Previously, Cooper was director of museums at the Qatar Foundation in Doha, Qatar. Among these was the critically acclaimed Bin Jelmood House, the first museum in the Islamic world to be dedicated to the subject of slavery.  From 2003 to 2011 Cooper was CEO of the Fulham Palace Trust.  Cooper has served as treasurer of the International Council of Museums and is the author of several scholarly papers on the history of Scotland’s historic buildings and designed landscapes.

Salam worked at the Directorate General of Antiquities and Museums(DGAM)in Syria in a number of capacities from 1996-2012. She has an extensive museum and archaeological fieldwork experience. Since 2012, Salam has been active in the field of cultural heritage preservation.  She is a National Geographic explorer, a consulting scholar at the Penn Museum and the chair of SIMAT (Syrians for Heritage), a non-profit association for heritage preservation based in Berlin.

Dr. Jill Weber – Moderator, Board President of the Geographical Society of Philadelphia, Ph.D. in Anthropology the University of Pennsylvania

Jill is a professional archaeologist and restaurateur. She sought a career that would allow her to travel, which led to earning a Ph.D. in Anthropology from the University of Pennsylvania. Since 1992, Jill has worked in Syria, Turkey, Armenia, Oman, Iraq, and Italy.  Along the way, she gained an intimate knowledge of these countries, their cultures, and native cuisines, which inspired her to open a restaurant back in Philly. She is now the proud founder of Sojourn Philly, consisting of restaurants Jet Wine Bar, Rex 1516, Café Ynez, and (soon!) Sor Ynez. Jill enjoys sharing her love of history, and culture with others, and is able to do so in her role as Board President of GEO.

Candace is a Founder and current Chair of the Board for The Historic Gloria Dei (Old Swedes’) Preservation Corporation. HGDPC was established to fund, support, and supervise the restoration, renovation, and ongoing maintenance of the Gloria Dei (Old Swedes’) Church buildings, grounds, and graveyard so that future generations may share in this historic and architectural treasure. The president of Quantum Think, she manages a team of brand-identity and multimedia experts in Philadelphia.

Candace is a former Board President and Trustee of St. Peter’s School, an independent school for boys and girls in pre-K through 8th grade. She served as President of the Greater Philadelphia Chapter, National Association of Women Business Owners® (NAWBO®) from 2003-2005, and Director-at-Large for the NAWBO National organization from 2005-2007. She is a trustee and corporate secretary for the Greater Philadelphia Foundation for Women Entrepreneurs, and a founder and past Chair, for the ATHENAPowerLink® NAWBO® Governing Body.